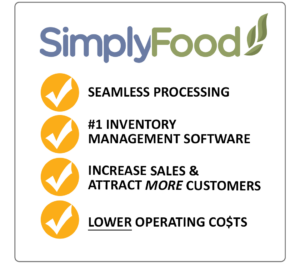 I am reminded of a story I heard at a recent conference about how Netflix uses data to know exactly which new shows will be watched by what subscribers.  And they can even tell the show creators which actors should be selected to star in that show to boost its popularity and viewership.  This is how Netflix uses big data to its advantage.  They snap up shows that other providers pass over because they understand the value of keeping their subscriber network engaged.  They know exactly how many of their subscribers are likely to watch a similar genre series.  This helps them increase customer loyalty and in turn, it lowers their churn rate.  Both are important when placing a multiplier on the valuation of a business.  In fact, in the fourth quarter of 2020, Netflix had a churn rate of just 2.5%.  By comparison, Apple TV+ had a churn rate of 15.6% for the same period. 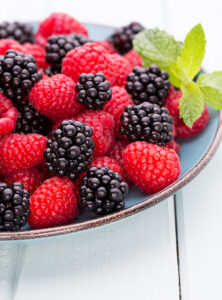 Sugarcoma Foods has seen a surge in purchases of raspberry-mint flavored drink products.

So how does a food company use data to do something similar in their industry?  Here is an example that may get you thinking in that direction.

Let’s say you operate a fictitious food copacker called Sugarcoma Foods, that processes hard candy, soft candy, flavored drinks, and ice cream.  Sugarcoma has a modern cloud ERP software system, SimplyFood, to handle all of their customer relationship management (CRM), production, inventory management, and backend accounting.  Now since Sugarcoma does not sell directly to consumers, you may wonder how they can use big data to their advantage.

Well, the folks at SimplyFood helped Sugarcoma get real-time tracking of data related to both the purchase and usage of the various flavorings that are used in their sweet finished goods.  It just so happens that the folks at Sugarcoma know from experience that new flavorings are typically adopted earlier in flavored drinks than in other sweet products, and Sugarcoma has seen a surge in purchases over the last month in raspberry-mint flavoring used in flavored drink products.  Now imagine that Sugarcoma takes this knowledge and sends out an update to all of their hard candy, soft candy, and ice cream customers to let them know that raspberry-mint is the up-and-coming flavor.  This puts these customers months ahead of their competition to get this flavoring into the market and create the marketing collateral to capitalize on a huge upswing in sales with that flavor.

Can you imagine what a positive effect that has on retaining those customers?  No chance they leave Sugarcoma and go someplace else because you are having a profound effect on their revenue.  Even if another copacker undercuts your price, they can ill afford to go elsewhere.  All because SimplyFood opened up Sugarcoma’s ability to collect and analyze data that otherwise would just sit around in their system doing nothing.  Sugarcoma is no longer selling copacking services, they are actively helping their customers sell hard candy, soft candy, and ice cream.  Congratulations Sugarcoma Foods, you just became the Netflix of the food industry.